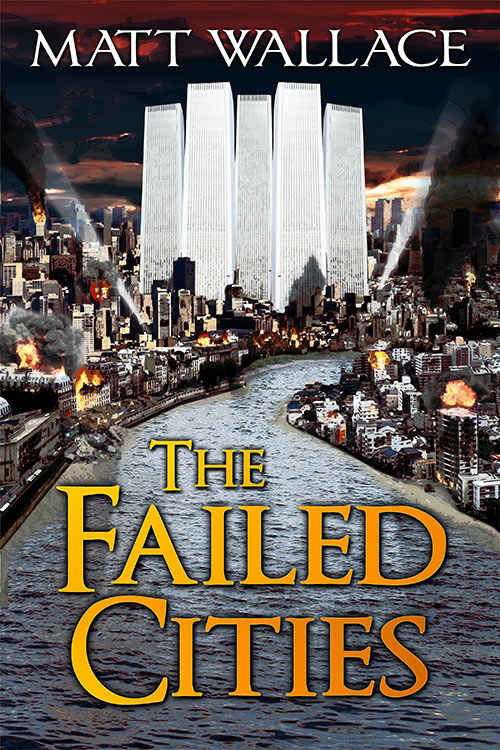 Cover price £22.99
Delivered to your door for just

Matt Wallace's Parsec Award nominated novel – based on the 2006 podcast series that garnered nearly one million downloads. The House of Murky Depths has produced a special limited hardcover edition of the underground sci-fi noir classic that New York Times best-selling author Scott Sigler calls, “... an examination of the human spirit, a darkened mirror that reflects the true nature of the struggle, not only for survival, but for civilization.”

Told through the revolving voices of eight characters – a street preacher, a back alley negotiator, a hot-rodding master of edged weapons, brother and sister assassins, a pit fighting pulp writer, a reluctant detective, and a Machiavellian femme fatale – THE FAILED CITIES is the story of a divided dystopian metropolis, the humanistic struggles of its citizens, and how their lives intersect over several weeks of intrigue, greed, struggle, revenge, and love that threaten to unravel both halves of a flawed and beautiful whole.

The House of Murky Depths has had its eye on THE FAILED CITIES for a mumber of years and is thrilled at the opportunity to bring Matt Wallace's gritty tales into the physical world of print. Back in 2006 when the promo edition of Murky Depths hit the streets Matt's The Dead Man and The Berserk impressed with both voice and style and set the benchmark for stories in the magazine. His Depth Charge column never pulled any punches and his influence and energy in the early days on Murky Depths helped to secure its British Fantasy Award for Best Magazine Periodical in 2010.

In its incarnations as both an audio series and an ebook THE FAILED CITIES has amassed a legion of followers demanding a print version. The House of Murky Depths is answering that call by crafting 150 individually signed and numbered copies of a truly gorgeous collectible hardcover featuring an expanded cover by Scott Pond and original artwork created specifically for this edition.