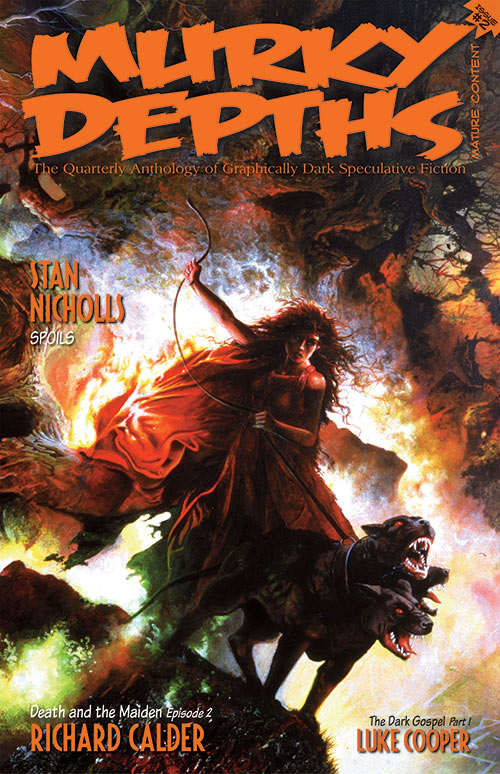 Cover price £6.99
Delivered to your door for just

"There is a sense of excitement to the magazine, a willingness to do things differently and stand out from the crowd . . ." [Full Review]  - Whispers Of Wickedness (Peter Tennant)

"It should be noted before reviewing an issue of Murky Depths that the presentation is different from most other print magazines. Even the short fiction is heavily infused with moody, graphic novel stylings. From the author and illustrator biography boxes to spikes of graphic strips between some of the stories, Murky Depths is much more visual even than magazines that traditionally illustrate each story." - The Fix (Michelle Lee)

"[This] issue is truly FANTASTIC!" - Katherine A Patterson (AlienSkin magazine)

"All in all, I like this magazine . . . if you like horrific graphic fiction, then, this is for you." [Full Review]  - SFRevu (Sam Tomaino)